Who wants to be a princess?

Here is a tantaliser from Di Warren to get us thinking further about the book of Esther: 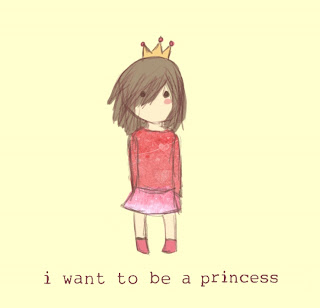 Who wants to be a princess? ... Surprised by the book of Esther

‘I told her she was beautiful’ says a beaming 5 year old girl, ‘and her hands
were so soft!’

Princess Mary seems to have that affect. As she elegantly walks the red carpet, enjoying state dinners and big yachts and flawless makeup, we can’t help but be proud. She may travel back to Tassie on Jetstar, but she gets her own private rows, with a nanny to mind the kids, and Australian Federal officers to carry her luggage. She may try to hang out in Hobart in jeans, but the entourage of media and security guards is a bit of a give away. We love our Aussie Princess.

But Mary is nothing compared to Esther! It’s hard to imagine the scale of Queen Esther’s life. She too had humble beginnings. Not just a Tassie girl discovered in a Sydney pub, but a Jewish orphan adopted by her cousin Mordecai. And yet Esther ends up married to the extravagant King Xerxes. The sort of King who has a state banquet that lasted half a year, and a week long garden party with gold and silver couches and the ground paved with precious stones. Esther gets 7 personal assistants to prepare special food and administer her beauty treatments. And then after a year of being bathed in perfume, Esther is chosen as the most beautiful woman in the whole Persian Empire. Who wants to be a princess?

And yet who’d want to be a Persian princess? Having to compete for her husband’s love with thousands of other wives and concubines. Not allowed to talk him without permission. And living with a constant secret, as she hid away her Jewish heritage.

But Esther’s hardest test comes in chapter 4. In the face of an evil plot against the Jews, Cousin Mordecai challenges Esther to approach King Xerxes without permission, to risk death by advocating for her people:

Do not think that because you are in the king’s house you alone of all the Jews will escape. For if you remain silent at this time, relief and deliverance will arise from another place, but you and your father’s family will perish. And who knows but that you have come to royal position for such a time as this’ (Esther 4:13-14).

Living as God’s person in a world opposed to God. Living with choices. Hard choices. Risky choices. Not sure what to do. Suddenly, Esther’s life doesn’t seem so different from ours. Having to choose between living for God’s sake or her own. Between living for her people or for herself. What will she do? We wait with baited breath to see what will happen next, and we cheer with Esther as she makes the right choice.

Which is why the ending of Esther is so very curious: it’s not a celebration of Esther’s bravery. The final chapter is all about cousin Mordecai, how he ‘worked for the good of his people’ and how he ‘spoke up for the welfare of the Jews’ (10:3). It leaves us with a puzzling question. A question that should affect the way we read the whole of Esther’s story. What is the book of Esther all about? Is Esther really about Esther?

This article first appeared in the PASSION magazine, a supplement produced for the Southern Cross November 2008 issue by Anglican Media Sydney.