A fall from the gods (by Dani)

When I step back and look at the sweep of this book I see something curious: it all begins with a fall from the gods. The fall results in death, and the rest of the book is about solving the problems the fall creates. Sound familiar? Perhaps, but how The Sunday Philosophy Club and the Bible set about solving these problems is very different. In The Sunday Philosophy Club, part of the drama deals with the consequences of fall itself—death, shock, broken relationships, grief—but (unlike the Fall in the Bible) this is more of a side issue. What really drives the book is the question of why the fall happened at all, and this is what our heroine (somewhat meanderingly) attempts to discover. In the Bible there’s no question about why the Fall happened: it happened because of sin. The problem is how humanity can be saved from the consequences of their sin.

Isabel eventually gets her answer about how Mark Fraser came to fall, and in the end it has nothing to do with evil, but turns out merely to be a silly accident. Placing herself above Scottish law, Isabel then takes it upon herself to be judge and jury, and decides that no-one deserves to be condemned. There is no sin, and no condemnation. A very different solution to a fall than the one offered in the Bible.

Maybe I'm reading too much into it, but I can’t help wondering if Alexander McCall Smith was thinking about all this as he constructed his plot. And if so, what do we make of the conclusion? Is he passing judgment on God’s justice?

There’s another interesting connection here involving the Fall and moral philosophy. Throughout history, Christian moral theory has been significantly influenced by how the Fall is seen to affect human nature. One example of this can be seen in the work of Thomas Aquinas who lived in the 1200’s. He developed a very important moral theory—still seen as authoritative in Roman Catholicism today—which attempted to synthesise Greek philosophy (especially Aristotle) with Christian theology. Aristotle had believed that you could examine the essential powers and inclinations of human nature to discern its ultimate purpose. Right and wrong actions were then determined by their relation to this ultimate purpose: if an action contributed to the ultimate purpose, it was good, if it conflicted with it, it was evil. Aquinas believed that that the essential components of human nature remained intact but were disordered by the Fall. This means we’re no longer inclined to do good, which gives us a problem: we’re not going to reach our ultimate end. For Aquinas, the sacrament of baptism came to the rescue, because it was thought to largely undo the effects of the Fall on human nature. As long as you’ve been baptised (and don’t commit any mortal sins) you are on track to a virtuous life, and so to reaching your ultimate goal.

At the time of the Reformation the sinfulness of human nature was given a much more prominent place, and so the problem arose again. Some early Protestants dealt with it simply by pointing to revelation as the only reliable source of moral knowledge (they didn’t claim that no moral knowledge could be found apart from revelation, but that this knowledge was insufficient for living righteously). This was fine as long as you were only thinking of personal conscience, or as long as people agreed on the interpretation of the Bible, but of course frequently this wasn’t the case, and so it became difficult for the Bible to remain the basis of public morality and, in turn, civil law. 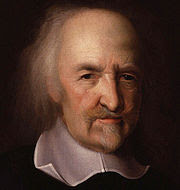 So Protestant philosophers and theologians started looking around for an account of morality that didn’t depend on either unfallen human nature or Scripture, an account that could be accepted by all people regardless of their religious affiliation. One strategy was to rely on natural theology, and claim that despite the Fall we can know enough of God from the natural and moral order to know how things should be, even if they aren’t that way now. Others, rejecting the usefulness of natural theology, attempted to develop their theories independently of both revealed and natural theology. This is when we start seeing theories like Hobbes’, which derives morality from human self-interest; or Hume’s, which looks to human nature as he finds it to explain why we are moral beings; or Mill’s utilitarianism, which looked to consequences as a standard by which to judge good from evil; or Kant’s, which saw moral law as generated by one’s own reason. Many of these theorists remained Christians, or at least theists, and didn’t see what they were doing as in any way undermining Christianity.

What should we, as Christians, make of all this? Should we reject these theories because they give God at best a back seat in our moral theory? I’ll say more about this in my next (and final!) post.

Depiction of St. Thomas Aquinas from The Demidoff Altarpiece by Carlo Crivelli
Thomas Hobbes, from Wikipedia Commons
Posted by Nicole at 07:00