An interview with Carolyn McCulley 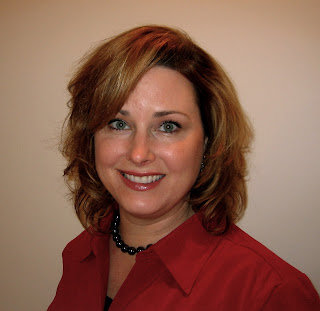 Carolyn McCulley has kindly replied to a few questions that we sent her way, and I thought you might enjoy reading her responses:

Can you tell us a little bit about yourself?
I am 29 and holding. Well, okay, I'm a bit older than that. I lived through the '80s as an adult, so that puts me on the "ripe" side of old. Anyway, I have worked in various forms of media for more than 20 years and I am now launching a new career as a independent documentary filmmaker. Prior to this, I worked for Sovereign Grace Ministries for ten years (also as a filmmaker, among other media tasks). C.J. Mahaney, who leads Sovereign Grace, and his wife, Carolyn, have been very supportive of my freelance writing career and helped launch me into doing books. I wrote my first book in 2004, "Did I Kiss Marriage Goodbye? Trusting God with a Hope Deferred" (Crossway), contributed to John Piper and Justin Taylor's "Sex and the Supremacy of Christ" (Crossway, 2005), and then wrote "Radical Womanhood: Feminine Faith in a Feminist World (Moody, 2008).

How did you come to faith in Christ?
My mother took me to church as a child, but I didn't have ears to hear the gospel until God regenerated me just before my 30th birthday. I was on a holiday in South Africa, visiting my sister who was studying at a Bible college. I thought I would just add church to my schedule on Sundays. I had no idea that God would upend my life and dramatically change so much about it. I was a feminist at the time of my conversion, so you can imagine how much of a challenge it was for me to become a Bible-believing Christian! The fact that God did this is proof both of His great mercy and His great sense of humor. Never in a million years would I have suspected that the Lord might use me to minister to other women.

What book has helped you the most in growing in your knowledge of God?
My local church—both the teaching from the pulpit and the daily sanctification of growing and learning with other people. As a new believer, those in my home church were like living epistles to me. I would read Scripture and then look around me for how it was lived out. That was amplified for me when I joined the staff of Sovereign Grace. I then had the opportunity to add sanctification to budgets and deadlines!

What prompted you to write this book?
As an unmarried woman in the church, I had begun to think of myself as a "third wheel" or some kind of neutered gender—not one of the guys and not doing the feminine marriage and motherhood thing. Then I realized I was identifying more with an adjective than a noun (I was a SINGLE woman), but the Bible seemed to have it the other way around. I really wanted to write a book about biblical femininity for single women so that we would see our femininity as God-given and something that blossoms and flourishes through every season of life.