The Hope in Job’s Story

'Job: The Wisdom of the Cross' by Christopher Ash - Part 2

We need stories to hold on to hope. There have been times in my life where the right story has come along at just the right time. Finding a second-hand copy of Shantaram (by Gregory David Roberts) in a Jerusalem bookshop shines out to me. That book helped me survive a tough trip in Egypt and I relished every stinking bus and train journey to read more of it. I sobbed into the grey pillow of an overnight train when my favourite character - Prabhaker, a slum-dwelling taxi driver - died. He had been my uplifting companion and the soul of the book! Reading Little Women (by Louisa May Alcott) is another shining example. I opened that book for the first time in the weeks after my brother died and it struck a chord of powerful connection. Especially the beautiful poem Jo writes about her little sister Beth, who they lose at just nineteen. I felt it was God at work putting that book into my hands for the first time for that moment. Stories can be so healing.

Job’s Story Is Real
Let me be clear: Job is not fiction. Ash spends time helpfully placing Job in a historical context (before the promises to Abraham, before the giving of the Law at Mount Sinai and outside the promised land). He shows how Job could possibly be a contemporary of Abraham, Isaac, or Jacob. That Uz was a real place mentioned elsewhere in the Bible (see Lamentations 4:21 and Jeremiah 12:20). And that the friends have geographical locations rooted in history. The New Testament certainly doesn’t treat Job as fictional or an allegory and nor should we. Job’s world is real.

Beginning With A Well-Run World
Ash begins his commentary of Job by welcoming us to a well-run world. It is a world in which a great man is a good man and all around him, life is wonderful.

Ash so rightly emphasises how this is a story of extremes. Job was so great, so blessed, so happy. There’s a little bit of anxiety there at the start that one of his children may have sinned and cursed God in their heart, so Job makes daily morning sacrifices on their behalf. The scriptures tell us that he did this “continually”. (Job 1:5) Job is a God-fearing man.

And then, “There was a day…”
And then, “There was a day…” Ash writes, “And what a day!” Job falls so far. He loses all his servants and his livestock, all the oxen, all the donkeys, all the sheep, all the camels to raiding terrorists and natural disaster. His wealth and all the people tied up in that livelihood are gone in a single day. He’s bankrupt. Worse still, another messenger arrives to tell him that his ten precious children are dead. Feasting in their eldest brother’s house, a cyclone strikes, lifting the foundations of the house and crushing the young people inside. Ash writes, “The world he thought was safe has been turned into a killing field.” (p. 47)

Job stands up, tears his robe and shaves his head (as was the custom), then falls to the ground, his face in the dirt and does something incredible - he worships God,

“Naked I came from my mother’s womb, and naked I shall return. The Lord gave and the Lord has taken away; blessed be the name of the Lord.” (Job 1:21)

We know that Job isn’t perfect. The New Testament and the Psalms tell us, “There is no one righteous, not even one...” (Romans 3:10, Psalm 14:3). There is only one perfect person that ever walked the earth, and he hasn’t come into the picture yet at the time of Job.

Job himself, is acutely aware of sin. Has there ever been a more devoted father, making continual sacrifices for his ten children every morning in case one of them had cursed God in their heart? Has there ever been a Father who could fall on his knees to worship the God of the universe right at the moment when his ten beloved children are taken from him, each and every one of them, on the same day?

A Heavenly Scene
As we shall see, Job’s suffering is not to do with personal sin, (though this is what his friends will claim - more on that next week!) it is to do with faith. We know something that Job doesn’t. As the readers of Job, we are given privileged information into how the universe is run, as the curtains are peeled back to reveal a heavenly conversation. Here we get a glimpse into how the world is governed - and it’s pretty surprising!

Satan shows up in God’s heavenly cabinet, “From roaming to and fro on the earth.” (Job 1:7) What is the Satan (or the Accuser) doing in God’s heavenly cabinet? Ash gives a helpful analogy by looking at the Westminster system of Government and pointing out that Satan is working against God, as an opposition. Though God is still in control, Satan is at work to bring down God’s government. Just as in the Westminster system, the opposition labours to bring down the government but paradoxically this makes the government stronger. Even with Satan “prowling around like a roaring lion looking for someone to devour” (1 Peter 5:8) God will still work all things for the good of those who love him. (Romans 8:28) Even Job.

Job suffers because he loves the Lord. Satan wants to crush Job, he wants Job to curse God and die. Job’s wife says those very words to him and Job is so gentle and respectful in declining.

God grants Satan’s request to remove the hedge of prosperity and security He has placed around Job. But with limitations. When Satan demands “skin for skin”, God allows Satan to attack Job’s health, but still with a limitation: “only spare his life” (Job 2:6). God allows Satan to do these things, but still, it is the Satan’s fingers inflicting the pain and destruction on the household and person of Job.

Why does God allow it?
Which brings us to the tough question, why does God allow it? Why does God put Job in the crosshairs and take aim at everything? Ash writes, “The glory of God is more important than your or my comfort. It matters for the glory of God that there should be a man who worships God because he is worthy of worship, and for no other reason.” (p. 54) God wants Job to glorify God in his suffering and is confident that he will. Job suffers for being a Christian, (God calls him, “My servant”) not for any particular sin. Though he does not suffer perfectly, he certainly suffers heroically and echoes the embattled soldier of Ephesians 5 and the ultimate suffering servant, Jesus Christ, our savior.

A Journey Through Darkness
Though the extraordinary humility displayed by Job in chapter 1 is the place most people want to linger, the next forty one chapters are the rugged journey Job has to go on. He is cut off from everything that was good about his life but still tethered to God. He will withstand the (understandable) discouragement from his wife. He will endure the initially well-meaning sermons from his friends. He will pour his heart out to God and wrestle with his grief in the darkness. He’ll endure personal illness as well as scorn from his initially well-intentioned friends piled on top. He’ll ask God to press rewind on creation and long for the day of his conception to be wiped out. Job will be sifted like wheat. The dross will be separated from the gold. And as the layers come off, we will see the heart of a believer. God will affirm his friend Job and bless him even more than at the start.

Courage is Encouraging
One of the very best things I heard a friend and minister say to my brother as he was enduring his cancer treatment was, “...your courage is so encouraging.” It was such a thoughtful and honest thing to say. And it imbued all those months in hospital with meaning.

No matter the circumstance Christians can face things with a unique courage and purpose because we have hope that goes beyond this life. We have Jesus. And we can trust him to be the King as he works out his purposes in this broken world.

Thank God for the book of Job and for Christopher Ash’s amazingly detailed and exciting analysis of it. It has made me love the Bible more! Job’s story is so full of honesty and courage. Here is a man who honours God not because he is blessed but in spite of having every blessing taken from him. He will unravel but he will not break. He honours God because he is God and Job is not. Job wants more than anything else an audience with God. He wants to see his face. And that is ultimately so encouraging.

About this month’s contributor, Katie Stringer 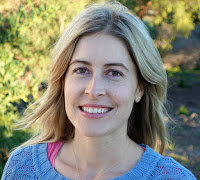 Katie loves writing and has had snippets published in Womankind Magazine and the Guardian Weekly. She is working on a book about her brother. She leads a Bible Study at her local Anglican church, All Souls Leichhardt and loves being part of the Leichhardt community. She is married to Andrew and they have two daughters and a son.