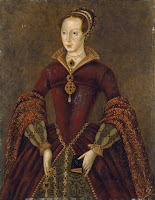 You’ve probably heard of Henry VIII, King of England, but how much do you know about his niece, Lady Jane Grey? While people might (rightly) question Henry’s commitment to genuine Christianity, it’s remarkable to read about the genuine, steadfast faith of someone in his family.


That is how I felt reading Faith Cook’s book “Lady Jane Grey: Nine Day Queen of England”. Odds are that if you have read about English history, you’ll know about the reign of Henry VIII from 1509 – 1547. The period of the Tudor Dynasty was one of the most tumultuous times in England’s history. That’s because Henry VIII is best known for a decision that significantly changed the course of England’s history – a split with the Roman Catholic Church and establishment of the Church of England. The catalyst for the split? For Henry, it was the desire to divorce his first wife Catherine of Aragon (he went on to have five more wives, making him a very infamous king!). But at the same time, religious reformers in England and Europe were also challenging the teachings of the Roman Catholic Church, bringing about a period of great spiritual renewal.

It was into this turbulent time that Lady Jane Grey was born and raised. Faith Cook’s book helps bring her interesting and, ultimately, tragic life out of the shadows of those who came before and after her. Jane was the great niece of Henry VIII and the same age as Henry’s son and heir Prince Edward.

What struck me the most about Cook’s opening chapters that explain Jane’s early life was just how different growing up as a young woman in the 1500s was to today. A high born woman was seldom seen as more than a way for her family to gain advantage and influence at court. But as a potential bride for Prince Edward, Jane Grey received a far more thorough education than others her age. Through the influence of the Christian Queen Katherine Parr (Henry’s last wife), her tutors taught Jane the reformation truths of grace, forgiveness of sins and acceptance with God based on the work of Jesus, and she also studied one of the first authorised English translations of the Bible.

The 1500s saw great uncertainty across England and Europe. Behind the scenes power struggles and intrigue were common place. And all the more when a King died. Following Henry’s death in 1547 his son Prince Edward became king. But being only 9, a group of men made decisions on Edward’s behalf. Brought up as a staunch Protestant, Edward and his protectors continued the far reaching political and religious changes that his father had started. However, being so young meant instability continued to hang over England. Sadly for Jane, this instability would see her become an innocent victim of her family’s desire for power.

So why read about a young woman who lived over 450 years ago? If you haven’t read much about this period of history before, Cook does a good job of explaining the key people and events in a straightforward and fascinating way. I found it encouraging to read about Jane’s authentic faith and how she sought to know God better and follow him as best she could, even when she wasn’t in control of the circumstances and decisions in her life. These verses from 1 Peter come to mind as I reflect on the first chapters in Cook’s book:

“In this you rejoice, though now for a little while, if necessary, you have been grieved by various trials, so that the tested genuineness of your faith—more precious than gold that perishes though it is tested by fire—may be found to result in praise and glory and honor at the revelation of Jesus Christ. Though you have not seen him, you love him. Though you do not now see him, you believe in him and rejoice with joy that is inexpressible and filled with glory, obtaining the outcome of your faith, the salvation of your souls.” – 1 Peter 1:6-9

About this month's contributor, Sarah Cameron
I love to read, but don't get much time at the moment as looking after my toddler keeps me on my toes.  I’m thankful to be part of the St Barnabas Anglican Church Fairfield and Bossley Park church family, where Gus my husband is an Assistant Minister. Not originally from the South West, our free time is spent exploring the local area, experiencing new foods and getting to know people from different backgrounds.