You Can Change #2: Small Steps

So, I’m to settle for nothing less than being like Jesus and reflecting the glory of God. That seems like a big ask to me. How am I meant to get my head around such a broad and lofty goal? Where on earth do I start?

“And what must we do to reflect God’s glory? Look on the glory of God in the face of Jesus Christ. Most of us don’t live lives that are considered great by the world. For us, holiness consists not in heroic acts, but in a thousand small decisions. But God gives us the opportunity to fill the mundane and the ordinary with his glory.” (p. 24) 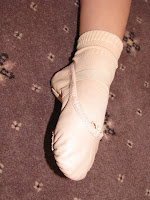 When I was a little girl, I was desperate to learn ballet. I longed to wear a tutu and do a pirouette; the hallmarks of a ballerina. Imagine my excitement when, after two years of tantrums, wishing, negotiating and begging, my parents signed me up at the local dance school. Imagine my disappointment when I realised that you don’t learn to pirouette until GRADE 4! That was FIVE years away! And there were no tutus in sight until at least then either.

Big goals require small steps. If I had attempted a pirouette in my first ballet class, I would have fallen flat on my face and hung up my tiny ballet shoes in despair. Before I could pirouette, I needed to learn balance, posture and technique in a range of simpler exercises. Take the time to lay those solid foundations and a pirouette will come easily (well, easier!).

And so it is with sin and holiness. Tell me to ‘be like Jesus and reflect the glory of God’, and I’m likely to fall flat on my face. But take it step by step- working on one sin after another, focusing on one fruit of the Spirit at a time- and in five years I’ll be further down the road to Christ-likeness than I ever imagined possible.

Tim Chester asks us to work on a ‘change project'. This means choosing just one behaviour, emotion (more on this in a later post) or virtue to focus on along the way. The first time I read through this book, I didn’t bother with the change project. “I’ll just take in the theory”, I thought, “and see where I end up.” Not surprisingly, I ended up exactly where I started. Don’t do that. Choose a change project (you can call it something else if the name makes you cringe). Because as we’ve seen, being like Jesus and reflecting the glory of God doesn’t just happen in one puff of holiness. It requires careful reflection and small, deliberate steps to chip away at so lofty a goal.

As we read through the book together, we’ll be asking some big questions about our change project, reminding ourselves of some big truths about God, and considering how we can help each other to overcome sin in a series of small steps.

So, it’s time to lock in that change project and read on.
Posted by EQUIP Book Club at 18:14

Labels: You Can Change