There have been times when I woke to series of days filled with dreary dullness. Every movement had to be forced against a resisting heaviness. Joy in God was like something seen through the small end of a telescope: impossibly remote and endlessly receding.

I say this knowing that my experience is a tiny, salty drop in the ocean of what you may have experienced. If depression ranges from mild to severe - or "situational" to "clinical" - then I have only been at the very mild end of the spectrum. I have friends who have been in and out of hospital fighting relentless darkness for many years, and other friends for whom anxiety is debilitating and depression a horror which visits and leaves without warning.

Piper is too experienced a pastor not to know about such times. And so he writes this final chapter. So relevant is its message that it's been printed as a separate booklet, When the Darkness Will not Lift.

What does God have to do with depression? It seems almost offensive to give spiritual advice to the depressed. It implies (we feel) that they are to blame, that they're in this state because they're spiritually inferior to happier Christians. You go to a doctor if you have knee pain, you go to a pastor if you have questions about faith, and you go to a psychologist if you have depression. We're not professionals. So we stay silent, and feel awkward and ill-informed around our depressed friends. 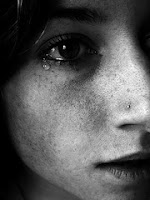 But whatever else depression is, it's a spiritual issue. I've seen some Christians with the most severe depression keep fighting to fix their eyes on Jesus and to resist despair, who came out of depression with their faith deepened. I've seen others respond with an ever increasing inward focus until depression became their ruling identity, and their faith was warped and stunted.

You're still a human being in relation to God and his people when you're depressed. Depression is suffering, emptiness, doubt and despair, and the Bible addresses and gives us words for all these things. A counsellor may provide useful practical skills. Medicine may help if the cause is largely physical, or take the edge off while you deal with the underlying issues. But you don't stop being a sinner in need of grace, fighting for faith and joy.

How, as Christians, can we respond to depression? One of the side-effects of modern psychology is that Christians tend to either blindly adopt all its assumptions, or react against it as saying nothing of value. Those in the first camp may separate depression from faith, while those in the second camp might tell you that you just need to "take responsibility", "believe", or "seek deliverance". The rest of us are left in the middle, not sure how to respond.

We've forgotten an older, more biblical wisdom. Puritan pastors knew that depression could have physical and spiritual causes. Their recommendations were rich, sensitive and wise: medicine, rest, self-awareness, perhaps repentance, always faith and obedience. They addressed the big questions about sin, suffering and doubt, but also made simple suggestions like getting enough exercise and avoiding too much solitary prayer.

In and of itself, depression isn't sin, although sin can contribute to it. Depression has many complex causes, including physical conditions, circumstances, temperament, background, others' sin, and our attitudes and choices. We can't control the powerful emotions which threaten to overwhelm us. What we can control is how we respond and who we turn to. Will we give in to despair and cut ourselves off from faith and fellowship, not allowing anyone to say anything about our condition except a counsellor to whom we give absolute authority? Or will we keeping fighting for faith and joy, turning not only to human helpers but also to God, crying out our pain and questions, and fighting to trust him even when it feels impossible?

It's this kind of tough faith which Piper encourages. Here, in brief, is his advice:

It's a great list, although I wish Piper had included some advice from earlier chapters, like preaching the gospel to yourself (cognitive behavioural therapy in its purest form!) and rest, exercise and enjoying God's world (also recommended by psychologists). I've expanded his list in what if I'm depressed?.

Would I give this chapter to a depressed friend? It would depend on the severity and nature of their depression, and on how receptive I thought they would be. I might read it with and for them, along with the short readings in Ed Welch's Depression: A Stubborn Darkness. I'd certainly give it to someone supporting a depressed Christian friend. Piper's words have helped me to keep fighting for joy through many dreary days. My friend who had post-natal depression wishes someone had put it into her hands during her dark times, and that's good enough for me!

Questions for discussion and reflection:
What's your experience of depression, either your own or your friends'? How have you seen Christians fight for joy in the midst of depression? What kinds of things helped you to hold on to God if you've ever been depressed? How have other Christians helped you to hold on to God during these times? What did they do that was helpful or unhelpful?

Further reading:
- I've written more about depression in these posts.
- Some wonderful personal reflections on depression from Christians who are far wiser and more experienced than me are Mark's Mental health husbandry, Tara's What I'd like you to know: surviving post-partum depression, Cathy's depression, and Paul Grimmond's Trusting in the dark.
- On the issue of depression and sin, see Tim Chester's excellent Is depression a sin?, Charles Spurgeon on despondency and unbelief, and the Piper sermons mentioned below.
- The books which have helped me most are John Piper's When the Darkness Will not Lift, Ed Welch's Depression: A Stubborn Darkness and Martyn Lloyd-Jones' Spiritual Depression.
- I was greatly encouraged by Piper's sermons Battling the Unbelief of Despondency and Spiritual Depression in the Psalms, and his talks about people who suffered from severe depression: Charles Spurgeon, William Cowper, and David Brainerd.
- You might like to read the Puritan pastor Richard Baxter's sermon The Cure of Melancholy and Overmuch Sorrow - it's the one Piper referred to in his chapter.
- If you'd like to read more about the relationship between psychology and Christianity, see Mark's helpful summary in what'sthedealwithstuff, Tim Chester's sin and grace and the limits of psychiatry, and Jay Adams' The Big Umbrella.
- The best approach to biblical counselling I've come across is from the CCEF in America: look out for anything by David Powlison and Ed Welch.

images are from Megyarsh at flickr and from stock.xchng
Posted by Jean at 06:55

Labels: When I Don't Desire God