The pleasure and the point of two gold rings

I love poetry, and with the topic we are discussing this week, how could I resist. Rather than share with you some of the classic Christian or undying love poems—though I will include one of those—I thought I would share a couple of poems written by a young, talented, successful female British poet. Sophie Hannah has written a number of poems on marriage that are quite counter-cultural, even though, from what I can gather, she is not a Christian, neither is she presenting a Christian argument for marriage. And she writes them as though they are a counter-argument to the people around her. So, I will post them here, purely for your entertainment and interest and to show how one young woman is bravely giving voice to her views on marriage. 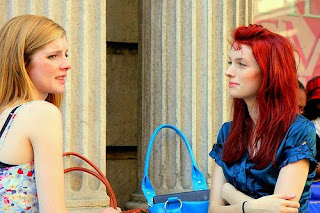 A smile or kiss is all you have to spare;
Never a bed, a key, an inch of floor.
All that I am, all that I have, I share,
Yet I possess not half as much but more —
Double, I swear,
Though you remain unsure —
Twice what I owned or hoped to own before.

There is no metal weighing down your hand.
You are not subject to the whims of kings
And claim that you will never understand
The pleasure or the point of two gold rings.
For you no grand
Passion waits in the wings
Just your own space. A woman needs such things.

Not me, I say. Of all the things to need,
I choose another mind, another face,
Someone of whom, if I were ever freed
I would be tattered remnants or a trace.
What awkward breed
Would crave, would even chase
What age and death will bring in any case? 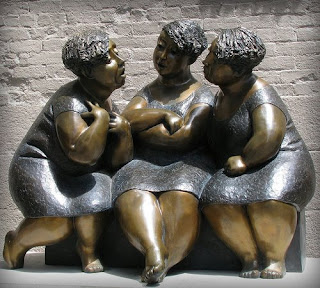 Images from www.flickr.com
Posted by Ali at 07:00